Betty Barling of Glenfalloch and the Savoy

DISTRESSING TRAGEDY
GIRL’S FATAL FALL
HORSE SHIES IN CITY STREET
A particularly sad accident, involving the death last evening of Miss Betty Barling, aged 19, the daughter of Mr and Mrs Philip Barling, occurred in Cumberland street on Saturday afternoon, Miss Barling, being thrown from her horse and fracturing her skull. She died yesterday in Prospect House without regaining consciousness.
After attending the Otago Hunt Club’s meeting at Seaview, where she gained second place in the ladies’ event, Miss Barling returned to the city on her mount, a two-year-old horse belonging to Mr W. Hastie, of Pine Hill. When passing along Cumberland street, near Albany street, she waved to a friend in a car. Taking fright, the horse reared up and Miss Barling fell heavily to the ground, striking her head on the bitumen surface of the road. She was immediately taken to Prospect House, but she did not regain consciousness and died last evening.
Miss Barling, who was an old girl of St. Hilda’s Collegiate School, was an accomplished rider, and was a regular follower of the hunt. She was particularly fond of animals, particularly horses, and had been mainly responsible for breaking in the mount she was riding at the time of the tragic accident.
The inquest was opened this morning at Prospect House, Mr J. R. Bartholomew. S.M. sitting as coroner and Sergeant Boulton representing the police. Evidence of identification was given by the Rev. Bryan King.
Dr Frank Fitchett said he was called to the hospital at 7 o’clock on Saturday evening, and he found that Miss Barling was suffering from a fracture at the base of the skull. She did not regain consciousness, dying at six o clock last evening.  The cause of death was laceration of the brain due to the fracture.
The Inquest was adjourned sine die. -The Evening Star, 4/4/1938. 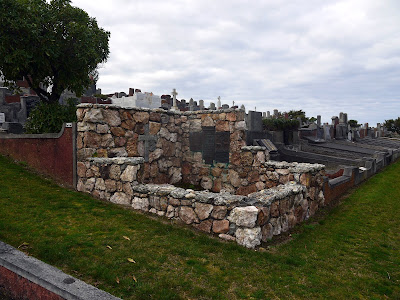 Betty Barling was the daughter of Philip and Pearl Barling, who opened the Savoy tearooms which becam the place to be seen for Dunedin society and took a run-down farm named "Glenfalloch" and made it the showpiece garden that it is today.  More on them at a later date.

Betty featured in amateur dramatics and singing and dancing competitions and displays.  Her skill with horses was also prominent in the newspapers of the day, winning her prizes at annual Agricultural and Pastoral Society shows.

Betty made her Society debut in 1936, wearing "a graceful frock of white delustred satin made with a slim skirt, a softly gathered bodice, and upstanding sleeves of white net and finished with a silver-clasped belt" according to the Evening Star, at the St Hilda's Old Girls' Association Dance.  She assisted her father later that year in hosting an "informal tea party" at the Savoy in honour of the famous New Zealand aviatrix, Miss Jean Batten. As a member of local Society, Betty's comings and goings, appearances and clothing at parties and other functions were reported on.

After her death, associations to which she had belonged stood in silence for her at their meetings - the A & P Society and Otago Women's Club.  St Hilda's College instituted the Betty Barling Cup for the best school games captain.  And, of course, for those who appreciate such things, the grave where Betty was laid to rest is one of the most striking ones at Dunedin's Andersons Bay Cemetery.

RIDING FATALITY
HORSE SLIPS ON CITY STREET
CASE OF PURE MISADVENTURE “This tragic fatality was a case of pure misadventure which might have happened to anyone. The deciding factor seemed to be the slipping of the horse on the bitumen surface,” said the coroner (Mr J. 11. Bartholomew, S.M.) at the inquest yesterday afternoon into the death of Miss Betty Barling, aged 19, who was fatally injured when she was thrown from her horse in Cumberland street on April 2. The verdict was that death was due to laceration of the brain following a fracture of the skull, caused by a fall from a horse.
Sergeant Boulton conducted proceedings for the police.
William Hastie, a farmer, of Pine Hill, told the court that since last Easter Miss Barling had been riding horses of his at shows and hunt meetings. On the day of the accident she was riding a two-year-old mare belonging to him at the hunt held at Seaview. This mare was very quiet and had never given the slightest trouble. Miss Barling had ridden the mare on many occasions and was a very competent rider.
Leslie Raymond James, a clerk, said that he attended the hunt meeting, and rode home with Miss Barling and other members. While they were riding along Cumberland street, between Union street and St. David street, he and Miss Barling were riding together. Witness saw a car parked on the side of the street, in which Miss Zoe Hudson was seated, and both he and Miss Barling spoke to her, but did not stop. When they were about 20yds past the car and travelling at about a walking pace Miss Barling’s mare suddenly reared, for no apparent reason. Mr James particularly noticed the deceased’s handling of the horse, and saw that, instead of easing her pull on the reins, she pulled on them to try to balance herself. This, in his opinion, caused the mare to overbalance and fall on top of her, Miss Barling having kept her seat in the saddle. She was an experienced horsewoman, and the mare was quiet and well-behaved. It had given no indication that it might rear. Witness considered that the accident was caused by Miss Barling being taken by surprise when the horse reared and when she so tightened her pull on the reins, which caused it to overbalance and fall backwards.
Zoe Hudson, who was in the stationary car in Cumberland street, said that the horse suddenly reared up and seemed to slip on the tar-sealed road. It then fell backwards on top of Miss Barling, who had retained her seat in the saddle. The mare got up quietly and did not roll or step on Miss Barling. Witness considered that Miss Barling had been handling the mare well prior to the accident.
Leslie Stewart, a railway employee and member of the St. John Ambulance Society, who was in the vicinity, said that just before the accident Miss Barling turned half-right in the saddle as though to wave to someone, and at that moment the horse reared and fell back on her.  -Evening Star, 14/3/1938. 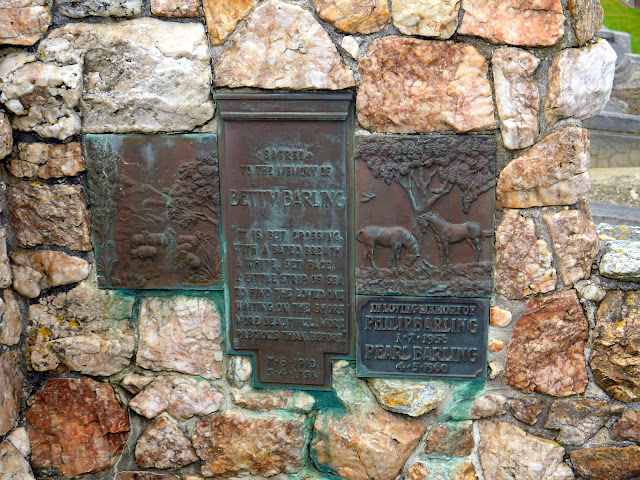 Posted by Otago Taphophile at 16:51