HMS Neptune was a 1930s vintage light cruiser crewed mostly by New Zealanders and South Africans.  It was of the same class as the HMS (later HMNZS) Achilles and was part of the the Royal Navy's Mediterranean Fleet. 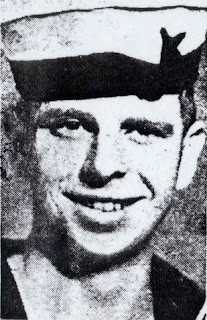 Neptune took part in the Navy's first engagement in the Mediterranean since Napoleonic times, the inconclusive Battle of Calabria in July of 1940.  Neptune took some damage and inflicted some, too.  The ship's next action was the First Battle of Sirte, in December, 1941, which was also a draw.  Neptune's next action, off the coast of Libya, was its last.  Leading a force of cruisers on the night of December 19-20 to intercept an Italian convoy bound for North Africa, Neptune struck two mines, one of which damaged the bow.  Reversing at full steam out of the minefield, Neptune hit a third mine which blew off the propellors, leaving the ship dead in the water.

Two of the escorting destroyers were sent into the minefield to try and tow Neptune out.  One hit a mine and began to drift.  The other was signalled to retreat.  Neptune then hit a fourth mine and capsized, killing 737 crew members.  Thirty men survived the sinking, but weren't picked up by the rest of the force.  When their float was spotted by an Italian torpedo boat five days later, Neptune had only one survivor.  As might be expected, it is unknown exactly when Albert Vernon Campbell died.  He was one of the 150 New Zealanders who died with their ship.


Albert Campbell was a manufacturing chemist who joined the New Zealand Division of the Royal Navy.  He died in a disaster which was the greatest loss of life in New Zealand naval history.


At the time of writing, the wreck of the HMS Neptune has been found by the Royal Navy survey ship HMS Enterprise.  The exact position of the wreck has not been revealed but it lies in deep water, outside the 12 mile Libyan territorial limit.

My thanks to The Neptune Association for this and other information. 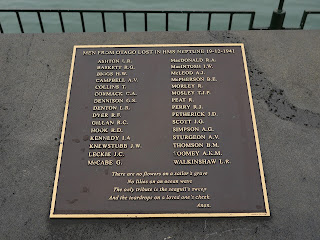 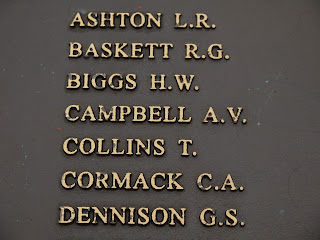 Posted by Otago Taphophile at 15:58