Operation "Dividend," on July 22, 1954, was the largest RAF operation since the end of the Second World War.  It was a simulation of the Royal Air Force's response to an attack from the east by nuclear armed Soviet bombers. 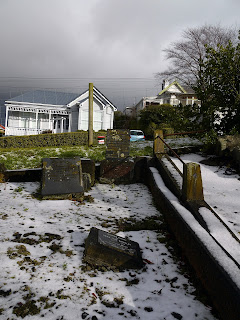 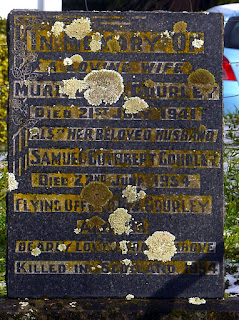 Six aircraft were lost during the operation and six aircrew were killed.  One of them was Flying Officer Hugh Johnstone Gourley from Dunedin.
Hugh Gourley was born to well-off parents in Dunedin.  He went to Otago Boys High School and joined the local Air Training Corps.  On leaving school he applied to join the RNZAF but wasn't accepted.  Determined to be a pilot he worked his passage to the UK and joined the Royal Air Force.

He was commissioned a Pilot Officer at age 20 and began flying the Meteor, Britain's front line fighter plane of the time.
Shortly before Operation Dividend, Hugh completed a Flying Instructor's course.

Flying his 43 Squadron Meteor, Hugh Gourley and a fellow squadron member were making a simulated attack on a Royal Navy fighter.  The two Meteors collided and, although Hugh fired his ejector seat, he died when the plane crashed into the North Sea.

His father, Samuel Gourley, had died exactly a month before. 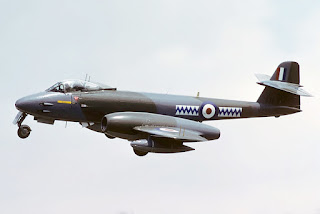 Gloster Meteor, Britain's first jet fighter.  Hugh and his RAF colleagues would have been unaware that the MiG-15 had flown rings around the Meteor over Korea.  The RAAF Squadron operating there had signed Official Secrets Act documents which kept them silent on the matter.
Posted by Otago Taphophile at 14:29